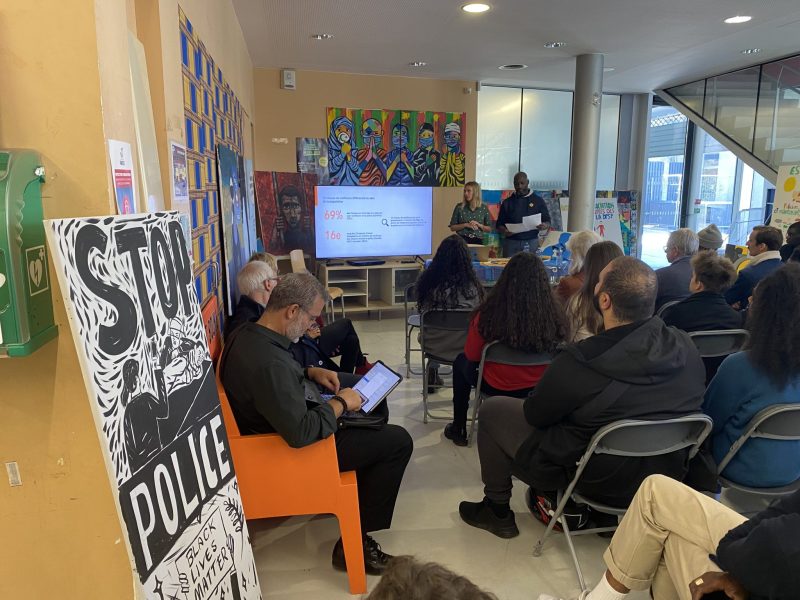 On October 11th and 12th, a seminar on improving police-population dialogue took place in Paris, as a result of a collaboration between ICPC and the Parisian association Espoir 18. The objective of this seminar was to present successful initiatives undertaken internationally on this type of dialogue, through round tables, an audience of academics, police officers, and civil society actors.

Since 2019, ICPC and Espoir 18 have been working closely together on a project on improving police-population dialogue, with a particular focus on the young public and minority groups in their relationship with the police institution. This partnership is therefore part of a research on ways to improve this type of dialogue, to document innovative experiences and practices at the international level and to promote knowledge transfer.

This year, several activities were carried out as part of this collaboration: a review of international good practices was co-authored, ICPC hosted the Espoir 18 team in Montreal as part of its North American theatre tour, and this seminar which took place in October.

The development of an action plan for the period 2023 to 2025 based on the exchanges and lessons learned from the seminar will be produced for the next phase of this collaboration.