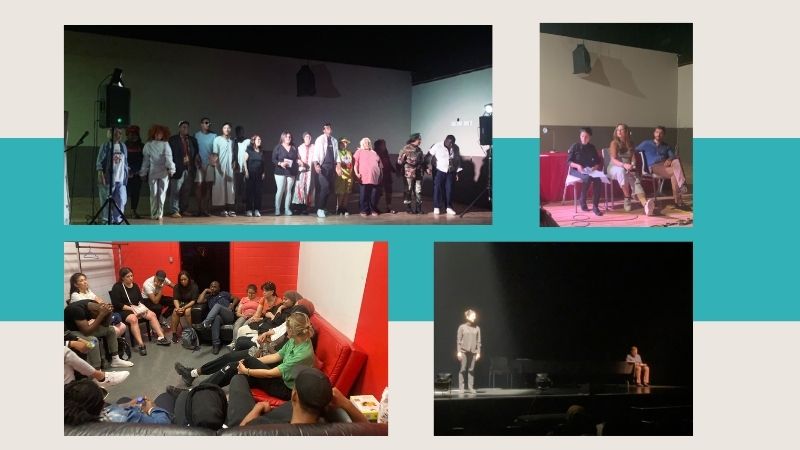 Since 2019, the ICPC and the Parisian association Espoir 18 have been working closely together on a project on improving police-population dialogue, with a particular focus on youth and minority groups in their relationship with the police institution. The aim of this project was to document inspiring experiences and practices on both sides of the Atlantic, but also to promote the transfer of knowledge and establish collaborations around this theme.

Espoir 18 is an association that works for the integration and socialization of more than 2,000 young people between the ages of 6 and 30 in certain working-class neighborhoods of Paris, through cultural, artistic, and sports activities. As part of its mission to support success and prevent delinquency, the association is involved in the deployment of a variety of reference initiatives, ranging from the creation of artistic projects to the organization of international mobility trips.

As part of this collaboration, a team from Espoir 18, consisting of around thirty people, including twenty young people from the association, was in Montreal from 8 to 12 July 2022. This mission was part of a North American tour, notably in Washington and New York, of two reference theatrical performances, Bad Mama and Lettres à Nour, after a year of touring in French cities.

We are very glad to have welcomed them to Montreal.

The plays address multiple issues, concerns, aspirations, and realities that contemporary youth go through, especially in certain disadvantaged territories: daily life, radicalization that can lead to violence, identity issues, relationships between generations and with institutions, as well as other subjects. Moreover, Bad Mama is a co-development project, which started in 2019, between young people and youth workers, directed by Farid Abdelkrim, and performed by the theatrical troupe of “Z’improbables” (a troupe of Espoir 18). This artistic initiative became a way for the group to learn to express themselves on sometimes complex subjects. As for Lettres à Nour, it is a play adapted from Rachid Benzine’s novel and directed by him, performed by Farid Abdelkrim and Céline Dély, which aims to deconstruct the ideology of Daech and challenge the certainties of the spectators.

For the first evening of theatre, which took place on Saturday 9 July at the Union Française de Montréal in Downtown Montreal, nearly 40 people were present to see the plays. The audience also had the opportunity to discuss with the group after the performances.

On Monday, July 11, Espoir 18 and the ICPC were hosted in Montreal North by the organizations Parole d’excluEs and Hoodstock for a visit to the Pelletier homes, the Parole d’excluEs’ offices, and to the place de l’Espoir. These visits allowed the group to exchange with local stakeholders and to learn more about the realities of the neighborhood.

In the evening, the second theatrical performance took place at Espace 7000 in Montreal North, welcoming nearly 75 people. The audience also had the opportunity to discuss with the group the issues raised by the plays, the background of these plays, and the impact that this type of engagement has had on the young people since the beginning of the process.

Thank you to all the participants who attended the events. 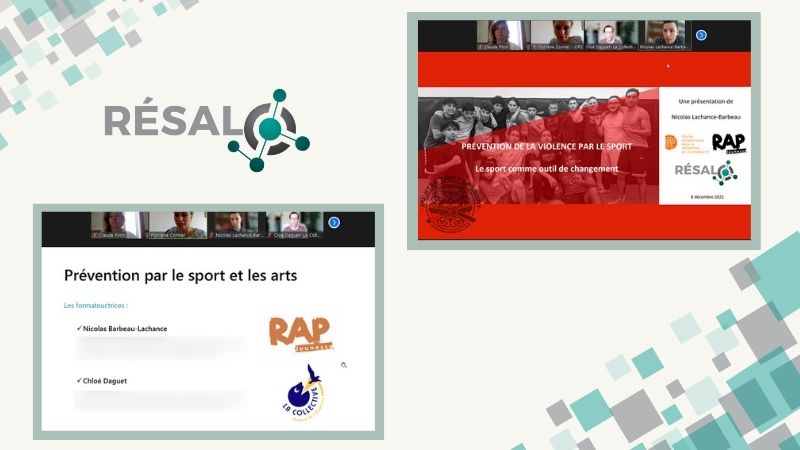 As part of the development of the community of practice of the Réseau d’échange et de soutien aux actions locales (RÉSAL), of which the ICPC is a member and coordinator, a series of activities were launched this spring. A first training session of the first thematic cycle was held on May 12. The objective of this training was to highlight the importance of an approach based on sports or artistic practices in the prevention of violence and the creation of a bond of trust with young Montrealers. It also provided an opportunity to discuss the lessons learned, successes and potential challenges that can be encountered in this type of approach.

The activity was facilitated by Nicolas Barbeau-Lachance, founder and coordinator of the school of intervention through martial arts and combat sports at RAP Jeunesse and Cloé Daguet, counselor at the organization La Collective.

In addition, two clinical supervision activities of the 1st thematic cycle took place on May 19 and June 2. These clinical spaces aim to promote mutual aid and the horizontal transfer of knowledge by providing organizations with strong practices needs to find support and methodological coaching.

Some of the highlights of the training include:

Furthermore, the success of both disciplines requires active and sustained participation from the practitioners and the young people in order to be part of a long-term follow-up and intervention approach.

As part of Crime Prevention Week, held from November 1 to 7, 2020, the Réseau d'échange et de soutien aux actions locales (RÉSAL), of which ICPC is a member, offered a webinar on November 5 on the place of youth in the city, and how sports, arts and recreation can play a protective role in the prevention of crime,

The RESAL provided a space for discussion to highlight different sports, arts and recreational projects that have a positive impact on the lives of young Montrealers, by inviting three panelists to answer the following questions:

To learn more about their projects, please visit the following page: https://www.resal-mtl.com/colloque-2021