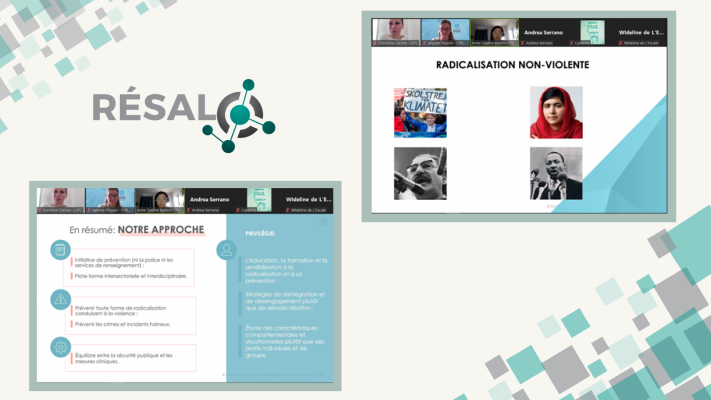 As part of the development of the Réseau d’échange et de soutien aux actions locales (Network for exchange and local action support, RÉSAL)’s community of practice, an organization of which the ICPC is a member and the coordinator, a third training session of a series of activities planned this fall was held on November 4th. It focused on online hate prevention and aimed to familiarize the participants with the concepts of radicalization leading to violence and of hate-motivated acts. It also addressed various extremist expressions on social media, presented the existing initiatives and tools in the fight against online hate, and shared inspiring attitudes to face online hate.

The activity was hosted by Anne-Sophie Bedziri and Jeanne Plisson, advisors at the Centre for the Prevention of Radicalization Leading to Violence (CPRLV) on issues and challenges related to radicalization leading to violence.

Among the highlights of the workshop, there were: