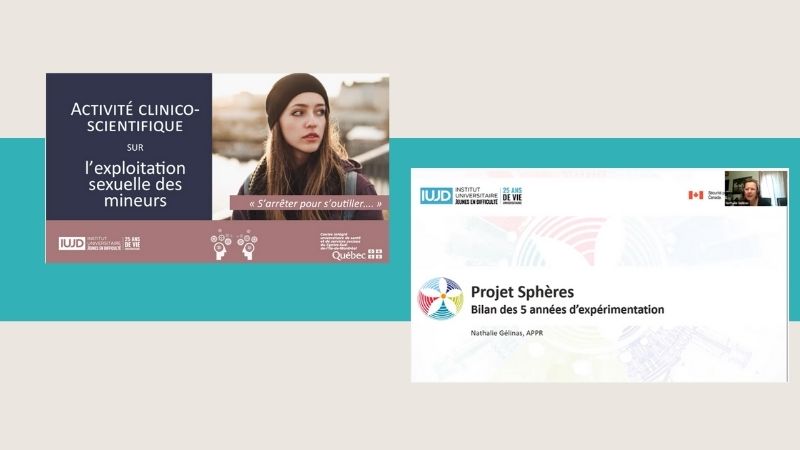 On June 16, the ICPC are pleased to have participated virtually in a clinical-scientific activity on the sexual exploitation of minors, organised by the Institut universitaire Jeunes en difficulté du CIUSSS du Centre-Sud-de-l’Île-de-Montréal. The conference was an opportunity to discuss promising and effective practices in this area as well as the financial costs of sexual exploitation. A review of the SPHÈRES project team’s 5-year experience as a model for integrated and concerted action was presented during the webcast. Finally, future perspectives on sexual exploitation intervention were discussed.

We would like to thank the Institut universitaire Jeunes en difficulté for the invitation.